DRONES OVER AMERICA – Emergency Meetings in NYC, DC, and London???

Drones Over America – Emergency Meetings in NYC, DC, and London???

Using Facebook, Twitter, websites, online videos, podcasts, and conference calls — and the new, dynamic social website for Liberty minded Americans, — www.NetworkAmerica.org – several million Liberty-minded Americans have coalesced by state, county and precinct to restore adherence to the Bill of Rights as well as the wise checks and balances of the US Constitution.

50 state leaders, and 806 county leaders have already been appointed for the nationwide NetworkAmerica.org system. (For perspective, that leaves 2335 county leaders to be found in order to fill out the county leadership positions in all 3141 counties with Network America leaders.) People are joining the national group, their state group, and their county group when they sign up at NetworkAmerica.org. There is also an opportunity to join groups within one’s county, or start a new group.

The immediate purpose is to facilitate liberty-minded patriots getting together PHYSICALLY in each county to begin asserting their rights by persuading those now in public office to do the right thing, or by replacing them with office holders who will. The county and precinct organizing system advocated by NetworkAmerica.org is peaceful and constitutional, along lines established long ago, and in harmony with the Declaration of Independence, Bill of Rights, and US Constitution.

While there are dozens of serious issues and fronts about which alert citizens are concerned, many especially fear the legislation which has authorized the building of 30,000 spy-killer drones to be put into the air over the United States of America by the year 2020. That’s ten spy-drones for each county in the USA. This legislation was passed in 2012 by the disgraceful US Congress, and signed by Obama in 2013. Many feel that if these drones make it into the US skies — it will be “game over” for freedom in America. Thus the sense of urgency on the part of millions of citizens who are implementing the “Precinct Takeover Strategy” with the help of the tools at www.NetworkAmerica.org.

In response to this “citizen uprising”, it has leaked out that emergency meetings have been called in Washington D.C. by the Republican and Democratic Party leaderships, as well as some of their mutual Wall Street backers in New York City. According to alternative news sources, Bilderberger-type-connected financiers and strategists have also held a closed door meeting on what is happening in the USA around NetworkAmerica.org.

Jonathan Wayne, Network America state coordinator for Kansas, explained why all the excitement:

“We are helping to empower the everyday citizen to peacefully and constitutionally take back this nation from the International Banksters behind the Big Media, both major parties, and the current occupants of the White House and the US Congress. We’re going straight after the jobs of these opportunists and de facto traitors to the United States of America.

“In the last eight months, in Kansas, we have seen tens of thousands of people using NetworkAmerica.org to build Third Party movements behind such groups as “Crush the Duopoly”. These alert people are also pushing noisily for the restoration of transparent elections, where ballots are counted by randomly pre-selected voters from each precinct BEFORE the ballots are taken out of public view.

“We have some people running for precinct in the Republican Party with a view to changing the party Chairmen in each county from Rhinos to Liberty-minded leaders, who will opposed the encroaching police state in the USA. This has already happened in a few counties in other states, such as Boone County, Kentucky and Warren County, Ohio.

“The same is happening in the Democratic party in Kansas.

“The opportunists, the brain-dead, and the de facto traitors in the Republican and Democratic parties at all levels have never faced this type of intelligent, constitutionally-based opposition before on such a mass scale in the state of Kansas. And the same is happening to one degree or another in all 50 states.

“Other groups at NetworkAmerica.org are teaching their neighbors how to become intelligent “preppers”, that is, preparing for any time of civil unrest by storing a prudent amount of storage food, water, firearms, ammunition, generators, candles, etc. for each member of the family. The Mormons have been already doing this for decades.

“Civil disturbances and supply interruptions have already been caused here and there by earthquakes, tornadoes, hurricanes, and massive snow falls.

“Some of us are worried about a deliberately engineered civil break-down caused by an unnecessary, contrived government financial meltdown, — or by a “false flag” event, such as the terror attacks of 9-11 in 2001, which would provide the puppets now running the US government for the international Banksters with an excuse to declare Martial Law, in order to start running roughshod over the Bill of Rights and the Constitution.

“By utilizing the social networking system at NetworkAmerica.org, and all the other tools at our disposal, the people have a real chance to take back their country. This is not a movement of anarchists who are against a properly functioning US government. This is a movement of normal Americans to identify and kick out the criminals around the international banks, such as the FED, Goldman-Sachs, and the IMF, and their puppets at the local, state, and national levels, thereby restoring the type of Constitutional government envisioned by the Founding Fathers.”

“From Fiction to Reality” Article: 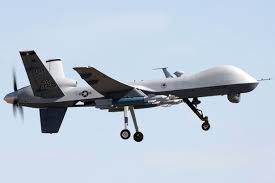 In fact, the above fictional account is not some “impossible dream.”

Right now, millions of Americans can go to www.NetworkAmerica.org and sign up in this county/precinct based system.

The philosophy of those who erected this social network for patriots is embodied in the “Guardians for Liberty” principles which are found on the menu bar at NetworkAmerica.org, and at the website, GuardiansForLiberty.com.

A six minute whiteboard animation presentation, “There is a Plan – Part I – To Take Back the Republic” – is at both websites, and is reproduced immediately below for your consideration.

Video: There IS a Plan – Part 1 – To Take Back the Republic

As things stand, the Democratic and Republican parties control all 50 states and 99% of the 3141 counties in our nation. Also, as things stand, with a few notable exceptions, those holding offices in the USA at the local, state, and national levels are the abject servants of the anti-American international Banksters around the FED, Goldman-Sachs, and the IMF.

So, there’s only two ways out:

1) Persuade the current office holders to do what’s right; and/or

2) Replace them using the Precinct Takeover strategy with office holders who will do what’s right.

Both of these have been successfully accomplished in various localities.

a) For instance, a few years ago alerted citizens educated their public officials in La Plata county, Colorado (where Durango is located) to stop and reverse the implementation of the notorious Agenda 21, which is the stalking horse for the regulation of every square foot of planet earth by the would-be “Lords of the Earth.” (Agenda 21 is the program of the millionaires and billionaires of the evil Ruling Elite who seek to place the rest of us and our children in a “commune” style situation where we own nothing, rent everything, and are in serious debt from birth until death. This “commune” situation is what is known historically as “Communism”; the current push by the Banksters in the USA is a softer Trotskyite Communism, rather than the brutal Stalinist Communism which conquered and persecuted Russia in the early part of the 20th century.)

b) The other path was taken in Boone County, Kentucky in 2012 and in Warren County, Ohio in 2014, where energized citizens worked the precinct strategy to replace the Rhino chairmen in the local Republican Parties with a Ron Paul-type chairman in Boone County, Kentucky and a Tea Party-type Chairman in Warren County, Ohio. In the Warren County Republican Party the people used the precinct strategy to win the Chairmanship, all six party leadership positions, and 100 of 166 precinct captain positions. (!!!) Great Job!

There is no example yet of a third party, such as the Constitution Party or Libertarian Party, ousting the Democratic or Republican party to achieve control of a county. Many informed Americans believe this largely because of the fact that all US elections (barring ½ of NH) are counted on easily rigged computerized systems run by only four mega-corporations, and controlled out of New York City on election night. But this is a subject for another article and another white board animation video.

If every last concerned patriot in the USA would simply follow the NetworkAmerica.org plan for the next two years with as much zeal as they followed the Ron Paul Presidential Campaign program in 2008 and 2012 – then we normal Americans would be on the verge of taking back the country by Election Day, 2016. We would be on the playing field finally, and we would be a conscious PHYSICAL alliance of organizations and individuals across the nation.

The NetworkAmerica.org program, along with use of the Reasonable Access Law to reach hundreds of thousands and even millions of people via the largest Talk Radio and TV stations in the USA, can lay solid groundwork to take back the government of the United States from the Bankster criminals by 2018 or 2020.

There is no other comprehensive plan afoot that has ANY chance of success.

And a further question: why are the big Tea Party organizations, such as Tea Party Patriots, and the Campaign for Liberty, preventing their grassroots people from talking to each other? At NetworkAmerica.org there are no gatekeepers, you can talk to anyone, and you can form groups where those of like mind can join and talk to each other. At this late hour, what is the purpose from keeping the supporters of an organization isolated from each other?

This is a practical program that almost every American can participate in. We are talking 20 to 60 hours a year for most people. If you haven’t done so already, please watch, “There is a Plan – Part I (To take back the Republic) on NetworkAmerica.org, GuardiansForLiberty.com — or on Youtube.

Everyone in the battle. 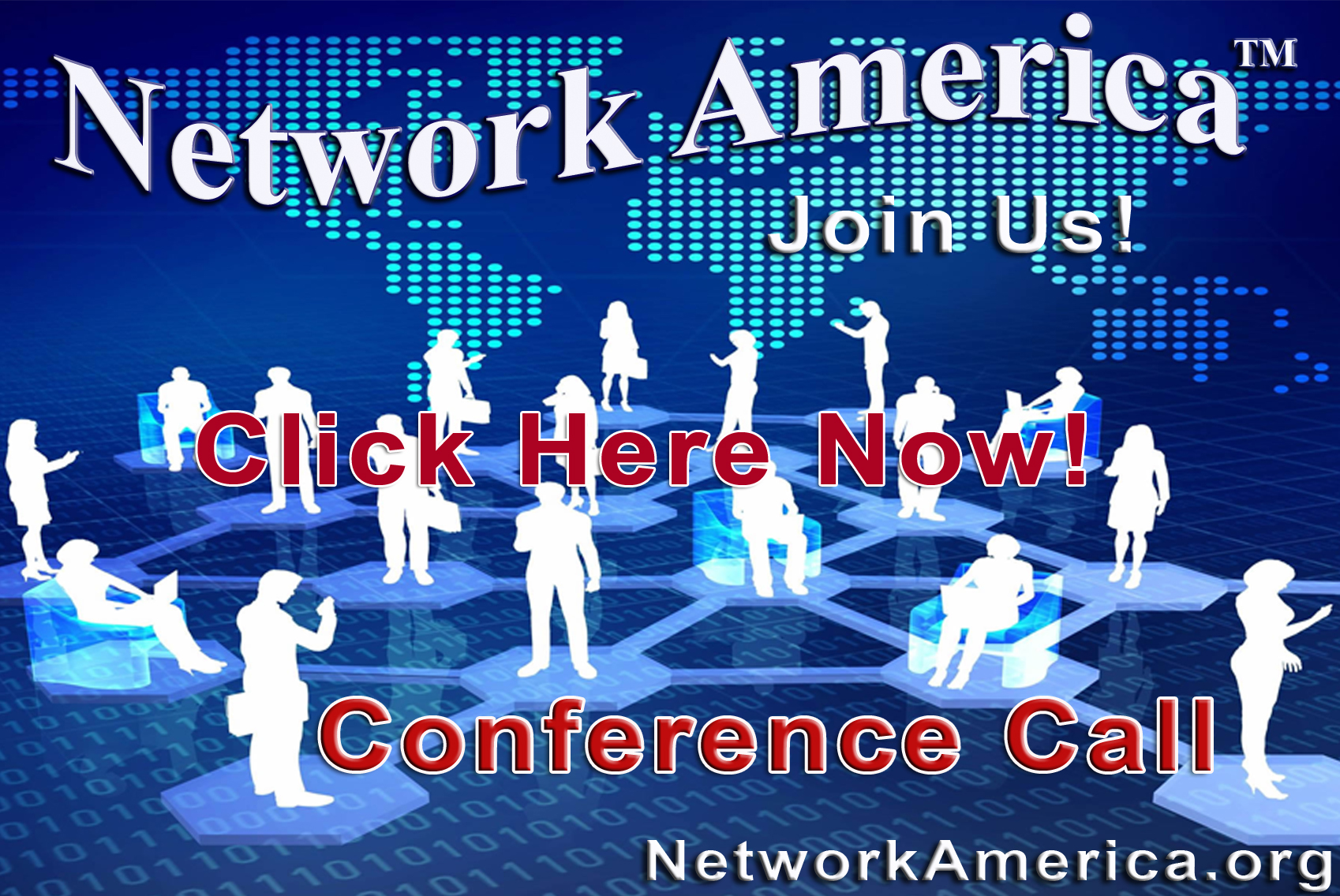