Our Total Victory Strategy is the missing ingredient for all other action and educational plans. Without it, nothing will change.  A short 3-paragraph explanation of “Donate for What” is near the bottom of this page. — Just merely passing bad news around on the internet to each other, and even to newly awakened people, is not a plan. The Total Victory Strategy can be studied by CLICKING HERE.

Without the ingredients in our Total Victory Action Plan — nothing will change!

Every contribution is greatly appreciated!

(Running Against Speaker of the House John Boehner)

You MUST be a US Citizen to donate to my
U.S. Congressional Campaign using this button:

Two reasons you should consider helping our efforts:

1. The Congressional campaign money allows me to put Radio Ads on the largest 50,000 watt FCC-licensed radio and TV stations, through which I reach the general public, who need to be awakened, with controversial ads that cause the citizen take notice and listen as they drive to and from work. At the end of each radio or TV ad is a website where a whole new world of information is opened up to most visitors. From there we can enlist citizens in the Total Victory Strategy, and try to take back the country via the precinct strategy and honest elections.

By donating to my current Congressional Campaign against Speaker of the House John Boehner for 2016, you are helping reach the very citizens who most need to hear this information, and who are most READY to hear it. We run our ads on the largest radio stations, right in the middle of programs like Rush Limbaugh, Sean Hannity, and Glenn Beck. There are always thousands of people listening to these stations who have started to suspect they are not getting the whole story. The Reasonable Access Law forces the large FCC licensed AM talk stations to run the ads of US Congressional Candidates (US Senate and Presidential candidates too.)

2. We can use congressional campaign money to educate and organize citizens for the Total Victory Strategy. This is the real goal, and how we take back America.

One of the last honest and freedom loving Americans to serve in Congress. Jim was one of the few to speak out about Israel’s stranglehold on American politics. The world has lost a great and courageous man. (2014) RIP
Listen to this inspirational 6-minute video! 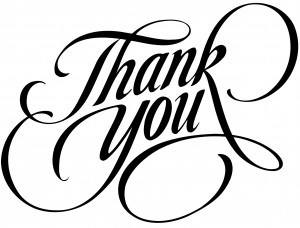