The Eclipse of the Church

White Smoke Rising from the Sistine Chapel meaning a Pope has been elected, has accepted the office, and has chosen a name, October 26, 1958. In 2003, author and FBI consultant, Paul L. Williams cited two US government documents from decades earlier in his book, “The Vatican Exposed”. Both documents, one from the FBI and one from the State Department, stated that in these moments Cardinal Joseph Siri had been elected, had accepted, and had chosen the name, “Gregory XVII”

White smoke billowed from the Sistine Chapel for 5 minutes, from 5:55 to 6 PM, Rome time, October 26, 1958 — seventeen days after Pope Pius XII passed away. Cardinal Joseph Siri was his preferred successor, and many indicators strongly suggest that Siri was elected as the White Smoke rose from the Sistine Chapel chimney on the evening of October 26th, 1958 — but no Pope emerged.

After announcing for 30 minutes that a Pope had been elected, the priest on Vatican radio, Fr. Pellegrini, was told that “a mistake had been made.” He stated that “. . . the impression of white smoke on 200,000 people cannot be erased. They are telling me a mistake has been made. That is not possible; the answer must lie elsewhere.”

Elsewhere? Strong indications exist that nuclear threats were used against the cardinals in the conclave immediately after Cardinal Siri was elected at 5:55 PM on October 26, 1958. 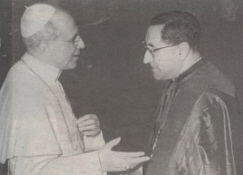 Immediately — but at first slowly, the anti-Christ revolution within the structures of the Catholic Church began.

John XXIII was the first in a series of, so far, six anti-popes who are destroying the Catholic Church from within through the usurpation of the Chair of Peter itself,  — as many prophecies and prophetic writings from saints, scholars, and holy persons had warned about for centuries. Pope Leo XIII had warned circa 1884 that the impious conspirators were trying to erect their throne in the Vatican itself and to usurp the Chair of Peter, so that “when the Shepherd is struck, the Sheep will be scattered.” This is exactly what has happened since the hi-jacking of the 1958 conclave. — For another responsible website of interest on the anti-Popes since 1958 (John XXIII, 1958-1963; Paul VI, 1963-1978; John Paul I, 1978-1978; John Paul II, 1978-2005; Benedict XVI, 2005-2013; and Francis I, 2013 – ?) — please see www.NovusOrdoWatch.org 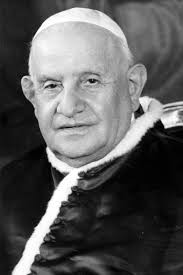 John XXIII (Angelo Roncalli) – as soon as he emerged on the balcony to the wild cheers of the Judeo-Masonic world press, which shamelessly dubbed him “Good Pope John” – the revolution within the structures of the Catholic Church began

For all the details known, and much interesting commentary, visit www.WhiteSmoke1958.com — some of the articles link to the original website on this subject, www.October1958.com —

Another picture of Cardinal Siri; and below it, one of Montini, the future antipope Paul VI (1963-1978). While the picture of Paul VI is taken off of YouTube — one can still see what the key investigator into this subject said about the two pictures in a 1990s slide presentation: “Their very countenances seem to suggest a different orientation.” 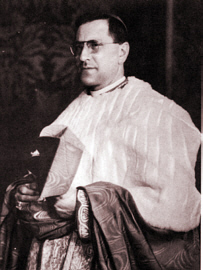 This picture is probably from 1953, when Siri became the last Cardinal made by Pope Pius XII 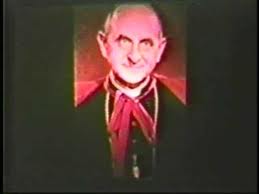 The man pictured above,”Pope” Paul VI, did most of the destroying between 1963 and 1978, including changing the Mass, the sacraments, disciplines, the Catholic calendar, Catholic teaching at Vatican Council II, and the catechisms in Catholic schools worldwide. He also appointed “bishops”, such as “Archbishop Joseph Bernardin”, who eagerly followed his program of deception – as well as his program of demolition of the Catholic Faith from within the structures of the Church. Paul VI also drastically changed the Vatican’s public policy to accommodate the Masonic “New World Order.” Both John XXIII (1958-1963) and Paul VI (1963 – 1978) were praised in newspaper ads and books by the highest level leaders of Freemasonry for effecting a Masonic revolution within the structures of the Catholic Church. 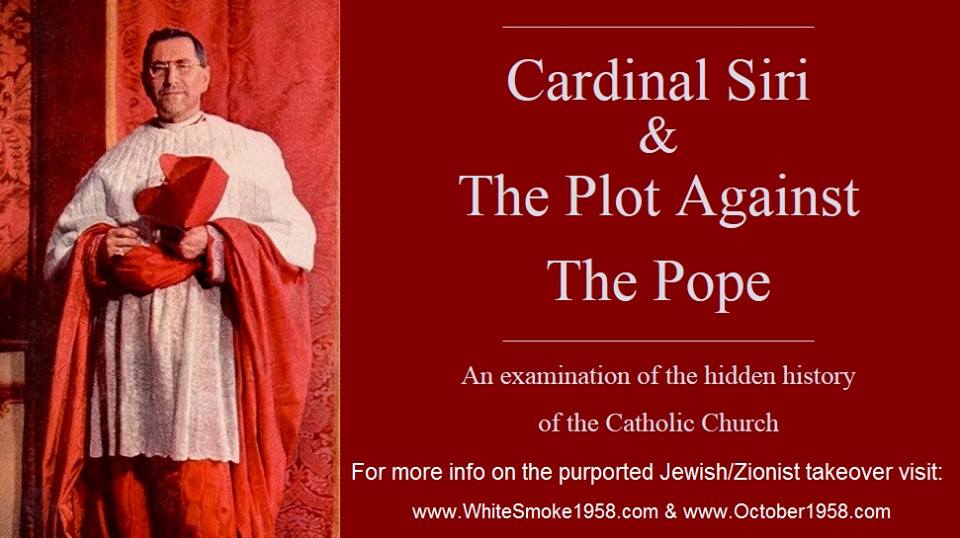